In July I went to Asolo, in the northern italian region of Veneto, to work for Urbanautica Institute.

Urbanautica is an independent journal focussed on visual anthropology and cultural landscapes. It was founded by Steve Bisson who still runs it. Steve is a planner, art director, curator, and many other things.

In June Urbanautica Institute made an “open call for artists” to work on an Art Based Research Programme with the aim to deal with the changes that have been taking place in this area for the last decade.

I gave my contribution working again, as I recently did in Athens, on a series of architecture pictures.
I was struck by the amount of factories using the name of the old town, Asolo, for their own business. So I decided to produce a small number of pictures of these factories.
Steve and I decided to call the project “Identity” to emphasise how even the name of an historical village is becoming something else to be related with.

A couple of weeks later I went back to Asolo to present my work together with Steve. It was a very special moment because I was the first artist (even though it’s very strange to call myself “artist”) invited to present the project made for the research programme. 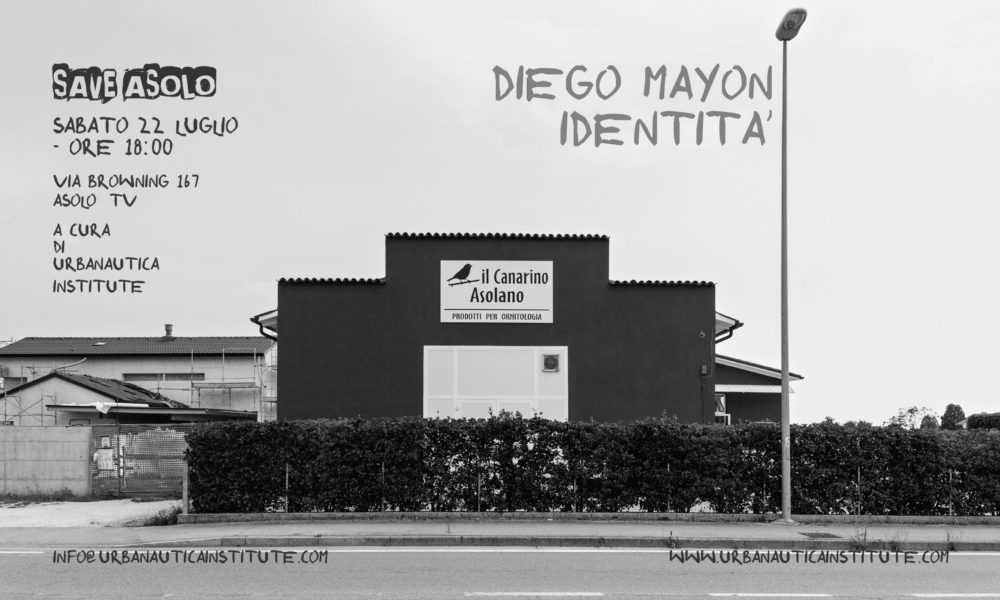