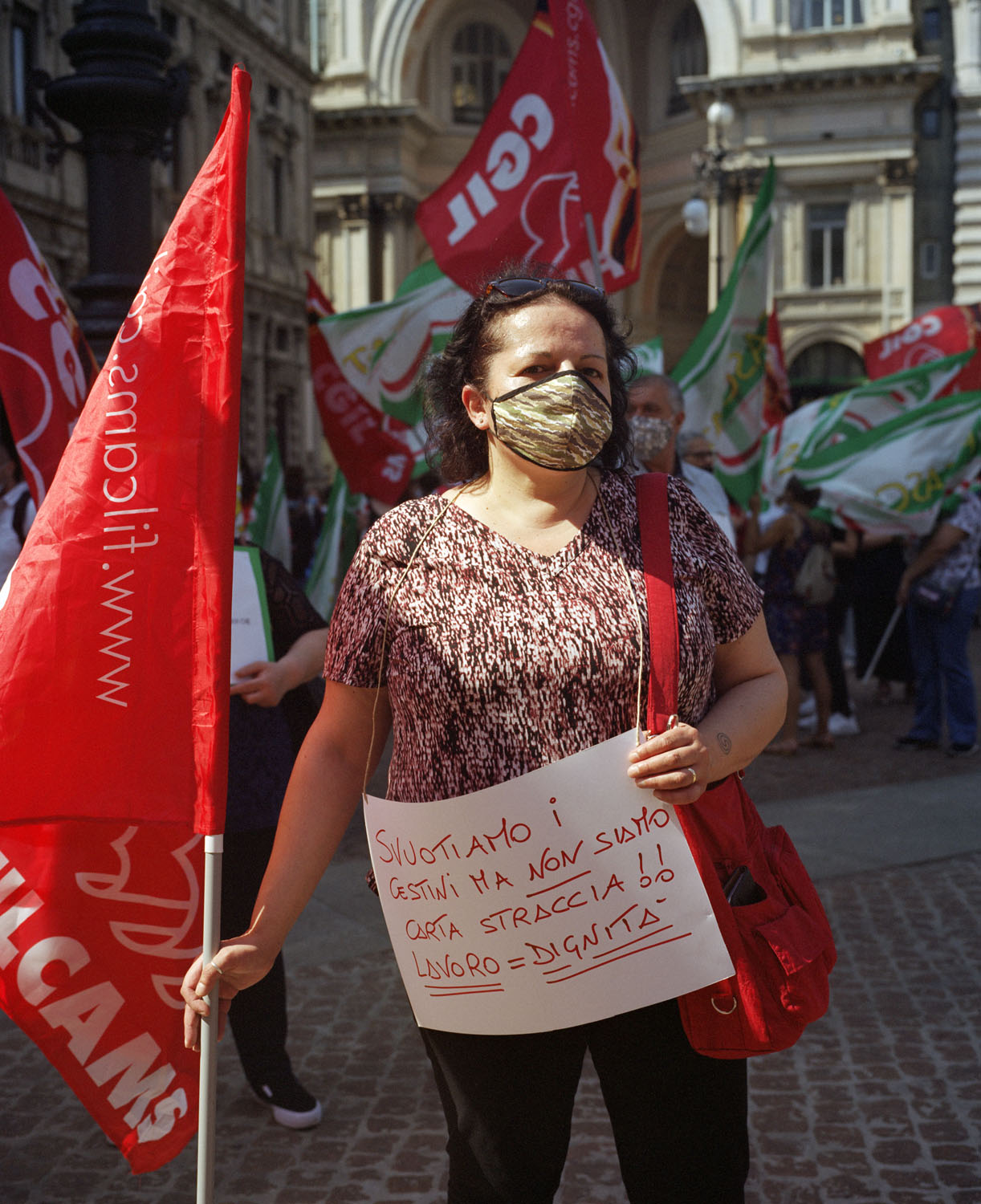 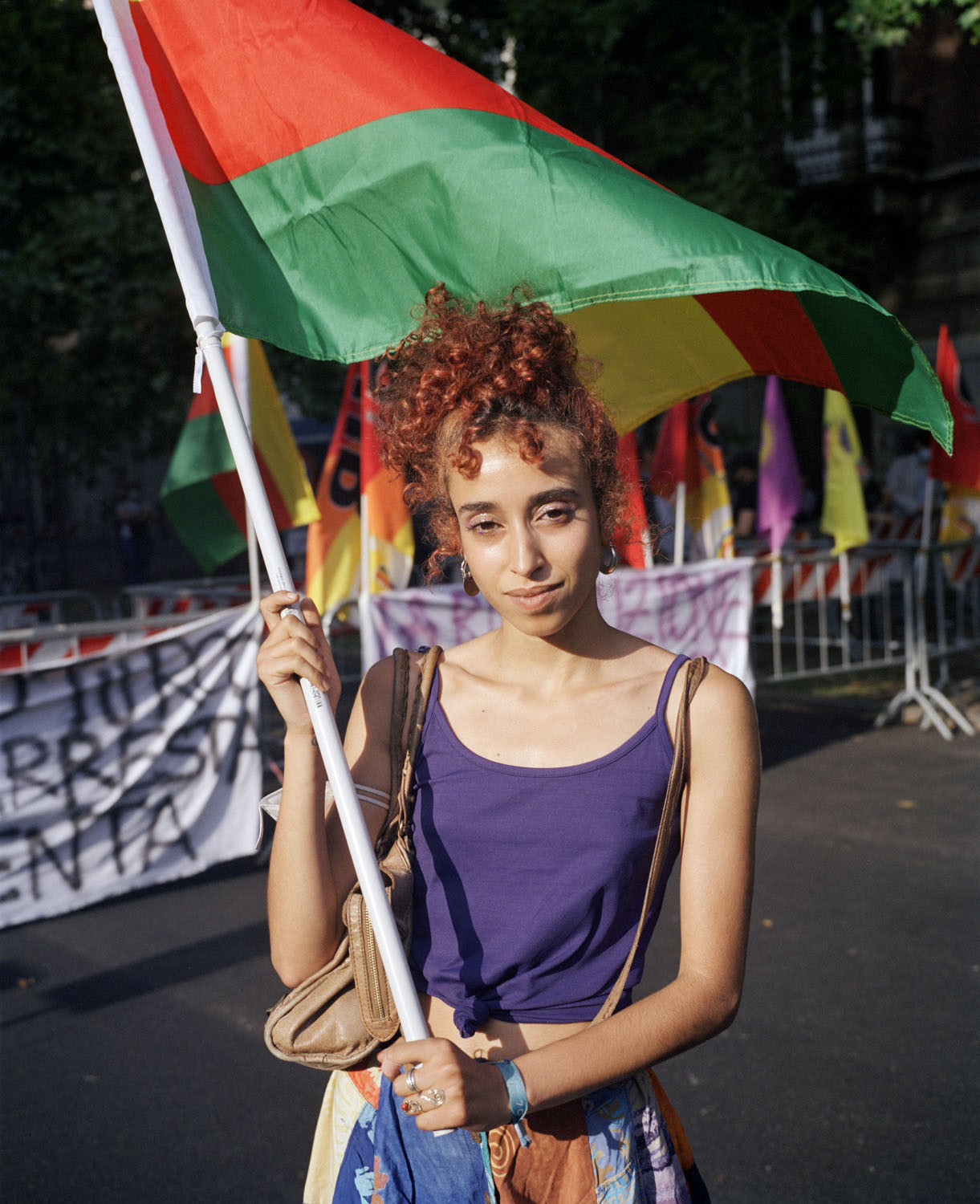 Milan is the Italian city most hit by the Coronavirus.

About a month after the lockdown was released people started to get back on the streets on a daily basis to protest. These demonstrations were held from the trade unions to ask economic support for the most hit categories of workers, from the relatives of the victims who wanted to understand what went wrong, from the citizens pretending the commissioner of the Lombard Health System and the resignation of the board of the Lombardy Region. Not to mention all the people involved in other issues not directly related to Covid.

After following these protests for a while I started realising that it didn’t matter whoever was involved because everybody was reacting in a similar way in response to a difficult situation.

Thus, I thought that I would have needed a more specific and democratic way to visualise the people. I started taking some portraits with a medium format film camera and after developing the very first couple of rolls I realised that I unconsciously happened to capture only people holding flags. Embracing that casual fact I continued to do it purposely.

The portrait series that came out it’s called “Portabandiera” (Standard-bearer).