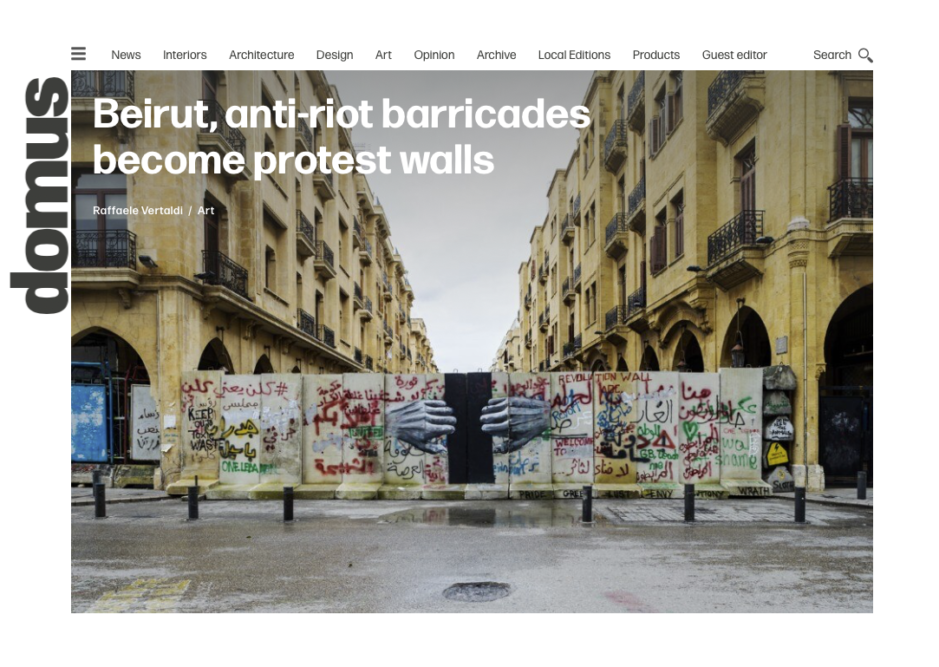 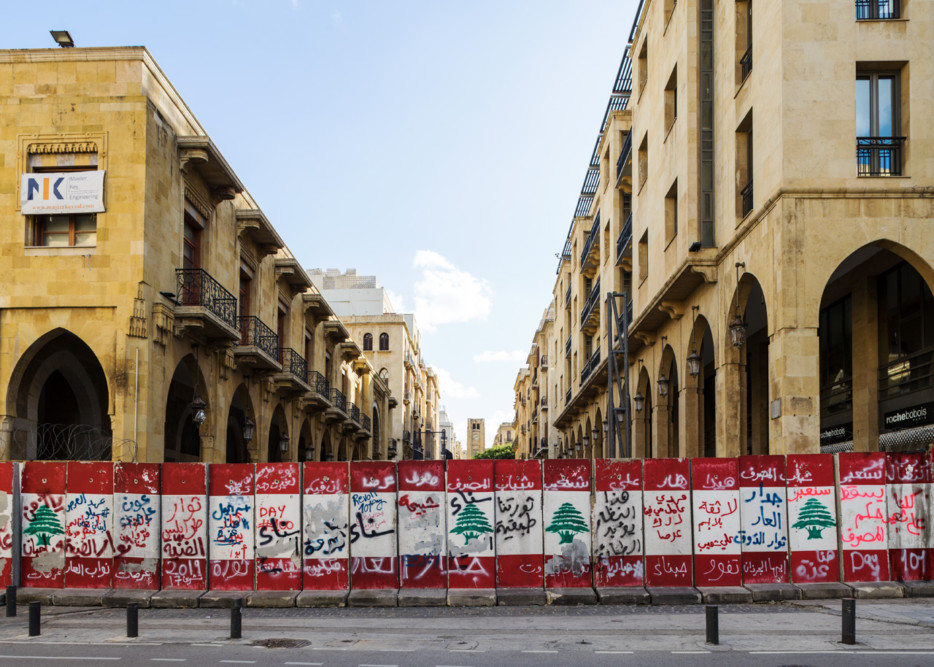 Through his “architectural” street–photography, Diego Mayon shows way more than the Lebanese protests

It’s widely known that the protests bursted out in Lebanon in October 2019 are a response to a few unpopular tax proposals by which the Government, increasing fees on oil, tobacco and even WhatsApp voice callings, was aiming to face a chronic deficit. But the reasons of discontent date way back, and the movement has embraced more complex and rooted issues as corruption and unemployment.

Green Tent organization, for instance, is championing a dissent that has sprouted at the end of the civil war which wrecked havoc on the Country between 1975 and 1990: taking advantage of the planning and redeveloping of Beirut’s so called Centre Ville, Solidere — a joint–stock company founded by then–Prime Minister Rafik Hariri — for many is guilty of a degeneration of the city’s historic heart, turning what had always be an intensely commercial but also cultural place into a monument to Capitalism with a strong western influence, moreover expropiating buildings and privatizing public space. It’s no coincidence, then, if the Beirut Central District (BCD) is now the core of the protests, as if the reasons of nowadays dissatisfaction should be traced back to that original injustice.

Drawn to what is going on behind the scenes of an explosive yet atypical protest, wich between tents in the main squares and recycling bins has been going on for five months now, but only during the weekends and the cabinet meetings — and has forced Prime Minister (and son of Rafik) Saad Hariri to resign — photographer Diego Mayon took a ticket to Beirut, willing to portray its everyday and less “newsworthy” face. But having landed midweek, when no protest was underway, what hit his interest were rather the empty streets, the absence of shoutings and violence, the silent city in its more unexpected self–representation.

The systems put in place by the Government to preserve the BCD, at the same time the physical stage and the conceptual source of the clashes, have then become the main “characters” of his shots. An ideal second chapter to Studio, the series in which he has investigated Athens through its posh brothels without picturing its actors, Mayon develops a rigorous analysis, with a strong architectural twist, presenting us the place where the events occur but avoiding any action, thus achieving somehow suspended images, strongly relevant but also timeless: with their graffitti and writings, the concrete blocks and barbed wire fances in defence of the established power are the umpteenth wall erected to split a city, to divide who’s here and who’s beyond, to leave it to History to see who’s wrong and who’s right.